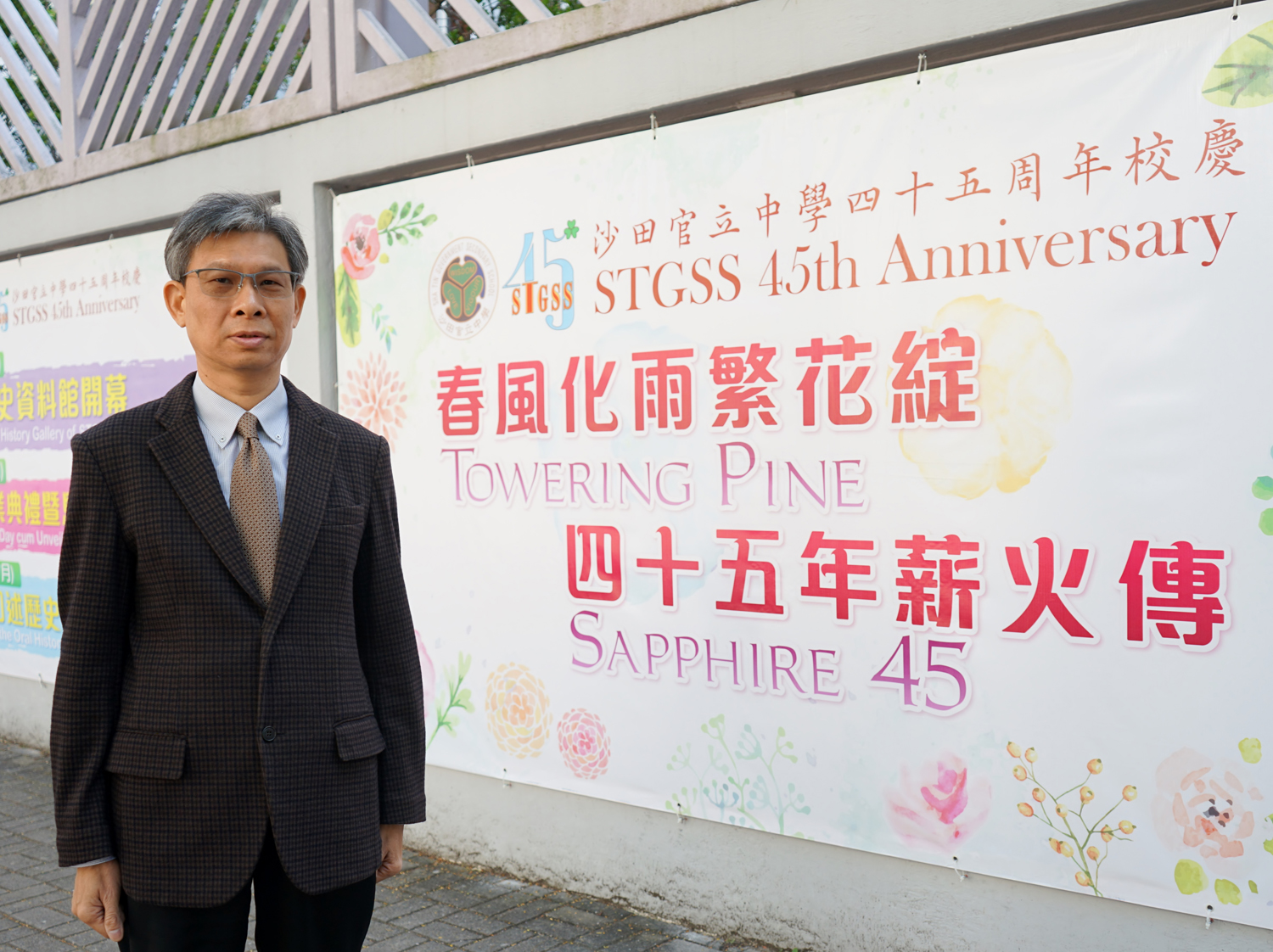 The year 2017 marks the 45th Anniversary of Sha Tin Government Secondary School. To commemorate this historic occasion, a whole series of celebration events have been and will be staged with the concerted efforts of our staff, parents, alumni and students, fully demonstrating the strong cohesiveness of the STGSS community. The 45th Anniversary Fund-raising Walkathon cum Kick-off Ceremony was successfully held on 27th November 2015. The grand opening ceremony of the history gallery of STGSS and unveiling of mosaic wall will be held on 21st October 2016 and 9th December 2016 respectively. This coming April will see another climax of the anniversary celebrations, the 45th Anniversary Open Day and Home-coming Day. Other highlighted celebrations will feature the 45th Anniversary Banquet on 20th May 2017 and a musical English drama in September 2017. You are most warmly invited to join the forthcoming activities and share with us the memorable moments of our 45th Anniversary. Let us join our hearts and minds to celebrate this anniversary, in a manner that is truly meaningful to us, and worthy of our memory.

STGSS has nurtured an array of responsible citizens and leaders in various fields in our society who have lived up to the motto of the school, Love, Wisdom & Vigour. Their positive attitudes and willingness to contribute to their alma mater as well as society earn our respect and leave us footsteps to follow in. With the steadfast support from our alumni, parents and staff, our school has progressed in every aspect in the past forty-four years. To strive for excellence, I am convinced that STGSS will continue to move onwards with strength and vitality into the challenging years ahead.

To celebrate the 45th Anniversary of our school, a logo design competition was organized in May 2016. The logo will be printed on all the souvenirs and documents designed for the celebration. The final results of the competition are as follows: 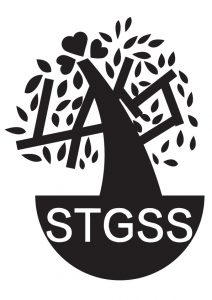 To celebrate the 45th Anniversary of our school, a mosaic wall will be created in our school grounds in December 2016. A mosaic wall design competition was organized in March 2016. The mosaic wall also marked the establishment of the STGSS Trust Fund. All funds would be used to support future development of the school and scholarships in recognition of outstanding achievements of our students in different areas. The final results of the competition are as follows: 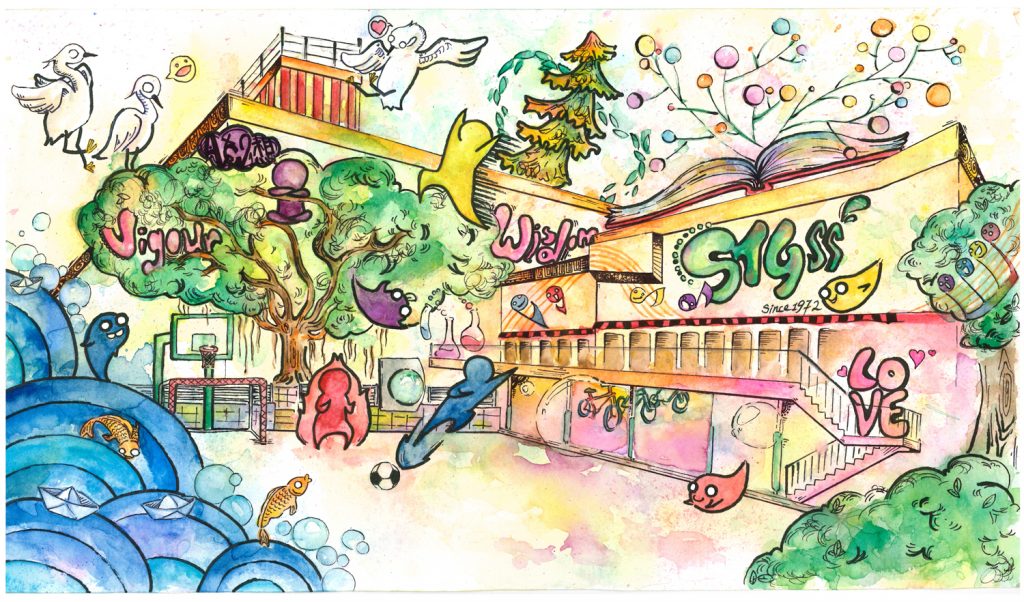 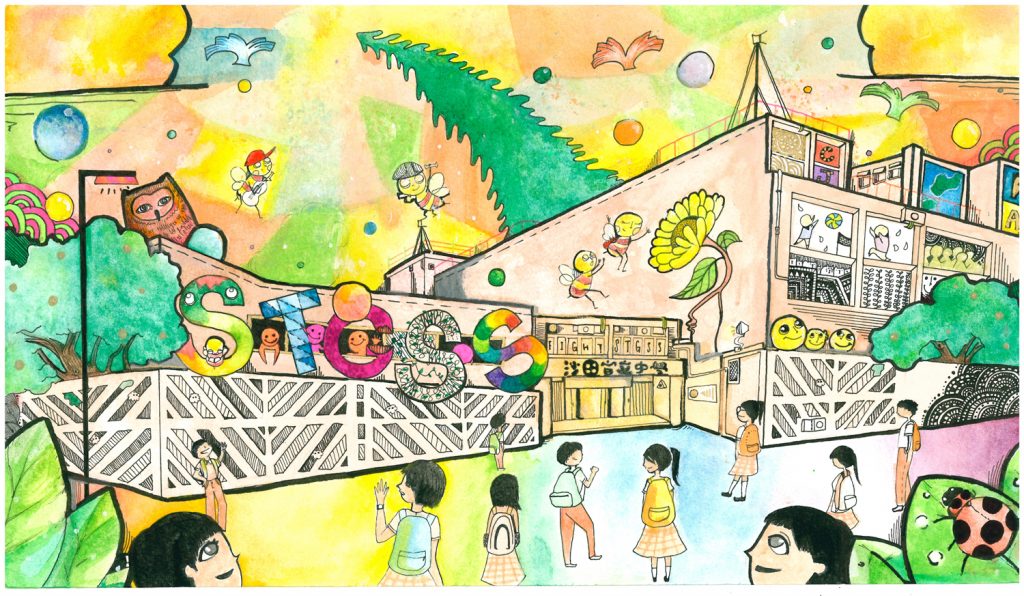 The STGSS History Gallery opening ceremony was successfully held on 28 October 2016. The ceremony began at 3:00 p.m. at the Lecture Theatre. Mr. Ma Siu-leung, the First Chairman of the School Management Committee of STGSS, Mrs. Ng Lo Fung-yee, the First Chairlady of the Parents-Teachers′ Association of STGSS and Mr. Mui Yan-lap, the Second Chairman of the Alumni Association of STGSS, officiated the ceremony and celebrated the monumental occasion with Principals and representatives from various government secondary schools.
The History Gallery housed a comprehensive collection of exhibits and pictures which marked the glorious days of STGSS. The Gallery welcomes Alumni′s contributions and group visits. Please contact the School General Office during office hours for arrangement.

The expected release dates of Oral History of STGSS is in July 2017. Details of the content will be announced later through this webpage.

On 27 November 2015, about a thousand participants including parents, alumni, teachers, and students took part in STGSS 45th Anniversary Walkathon. On that day, the Opening Ceremony began at 1:30 p.m. in the covered playground. The event kicked off at 2:00 p.m. by PTA honorable advisor and our Principal Mr. Wong Kwong-wing.

The whole school walked along Shing Mun River. All the while, music was played by Sports Club helpers at different check points. The Dance Club cheered students up at Lek Yuen Bridge. PTA helpers handed out souvenirs to all participants. Student helpers from the Photography Club captured all smiling faces and happy memories on that day.

The event not only enabled participants to know more about our community, but also allowed us to raise over $20,000 for supporting the 45th Anniversary events and for our school′s further development.

Without your support, both in sponsoring the event itself and in your ongoing contributions to our school, the walkathon could not have been such a success. Thank you!

On 28 September 2016, the Student Council organised the Dress Casual Day. Students could come to school in casual wear if they donated $10 or above to the school. Funds collected would be used to support events related to the school′s 45

Join us
1. Fill in the online application form https://goo.gl/GzoTYP OR
Download the form from https://goo.gl/Ol8zAm and email it to [email protected]
2. Please deposit the fee to 580-134781-001 (HSBC) Sha Tin Government Secondary School
Alumni Association’s Bank Account.
3. Upload the bank receipt as prompted during your online registration OR
Email the bank receipt to [email protected]
* An email will be sent as confirmation of registration.

Enquiry
– Shek Ming Hon, Financial Secretary, STGSS Alumni (Tel: 9373 5839) OR
– email it to [email protected]
It is surely something that you should not miss. See you there! 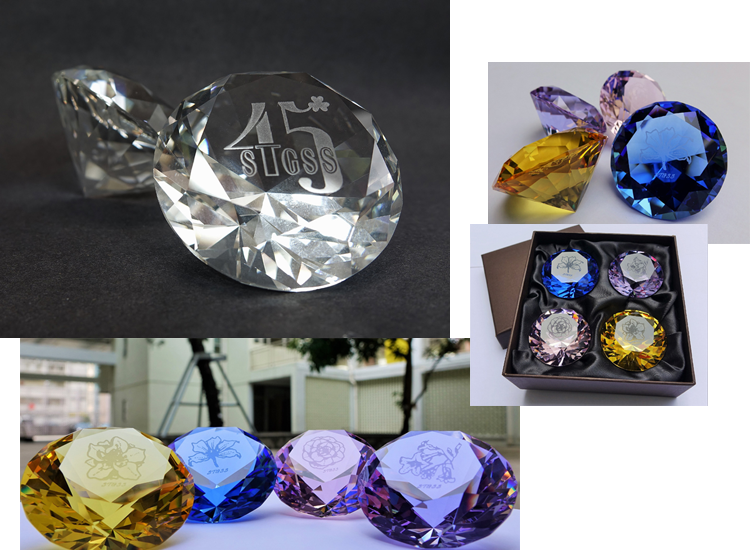 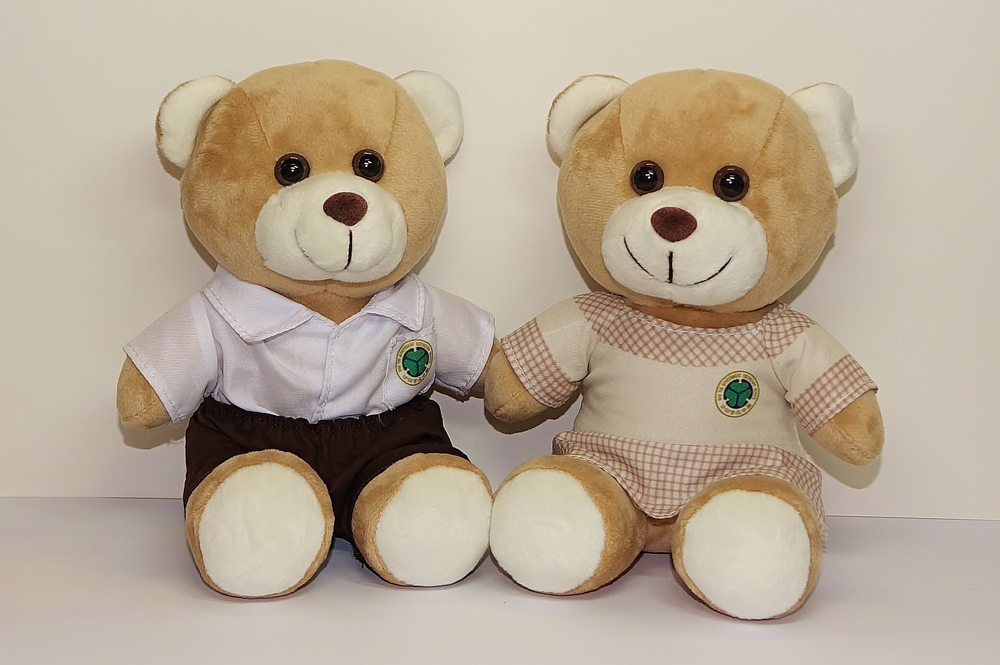 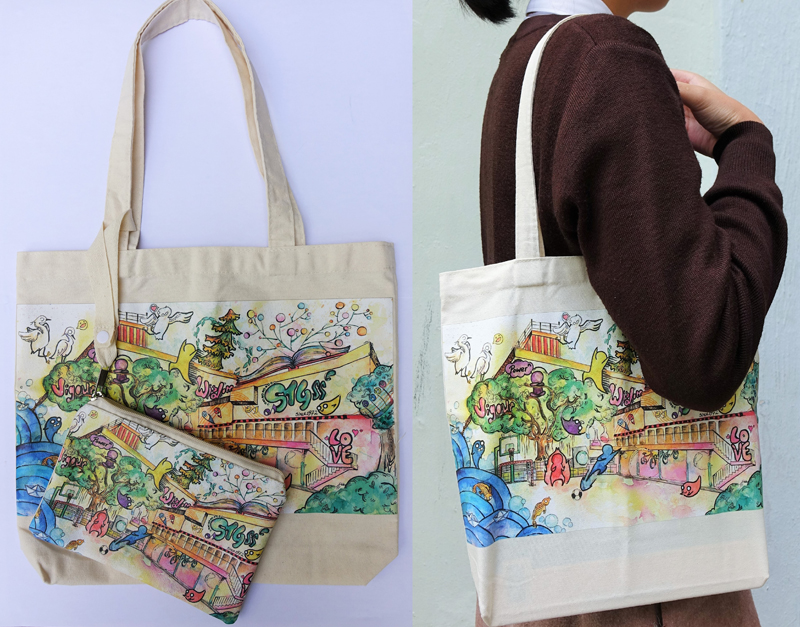 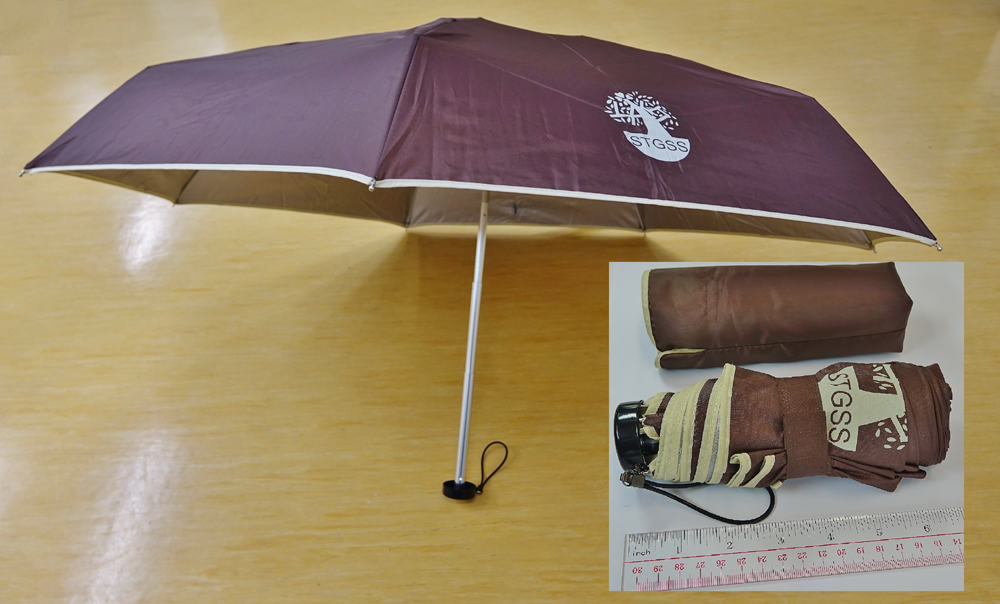 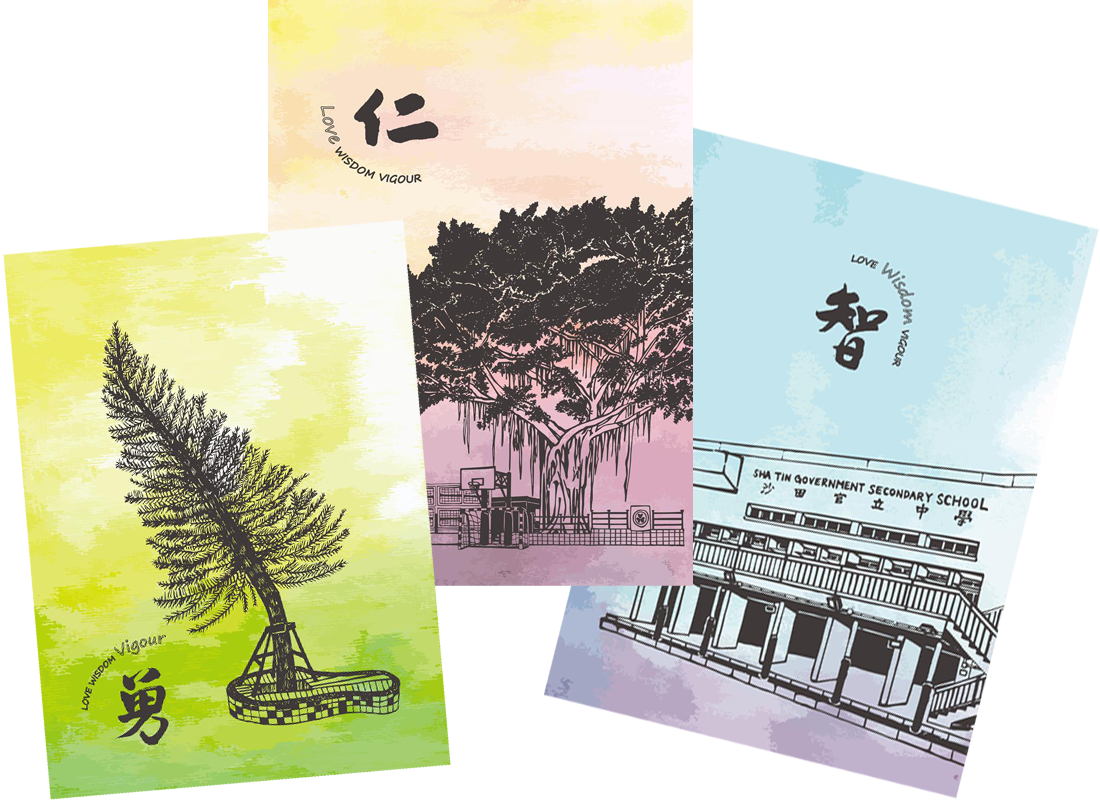 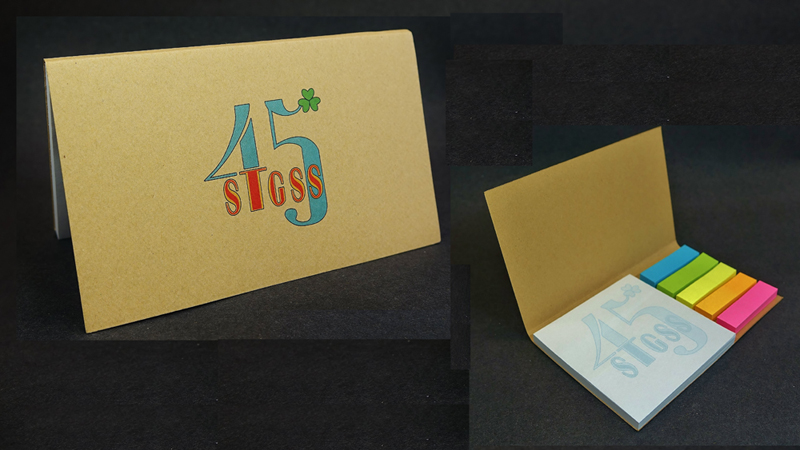